Gaming in the Library: Home 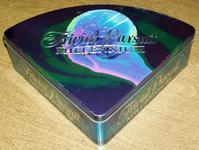 Trivial pursuit millennium.Call number: GM 039
For 2 to 6 players or teams.
Move along the circular track and its spokes correctly answering questions and collecting 6 wedges. Then return to the hub and answer the game-winning question.

Missoula-opoly GM: 040
For 2-6 players
This is a basic Monopoly game but with a local twist. The object of the game is to successfully create your own monopoly of Missoula businesses and be the last one standing"--Instruction sheet.

Do you need a break? Want to relax with friends? Why not check out a game from the library? We have a growing selection of electronic, board and roleplaying games available.

If there is a game you would like to play which is not in our collection please let us know and we will try to add it to the collection!

Want to learn more about gaming?

Here are some good resources for learning more about games!

BoardGameGeek
"BoardGameGeek is an online board gaming resource and community. The site is updated on a real-time basis by its large and still growing user base, making the 'Geek the largest and most up-to-date place to get gaming information! There is no charge to become a registered member of BGG, although you are certainly encouraged to help improve the site by adding your own reviews and thoughts on games to the existing database!

There are reviews, ratings, images, play-aids, translations, and session reports from board game geeks across the world, as well as live discussion forums. In addition, every day nearly a hundred game trades pass through the hands of registered members, as well as transactions in the marketplace. If you are new to the site and are wondering where to begin, you might start with the Guide to BoardGameGeek." -boardgameGeek

Gameological Society
"The Gameological Society is an independent-minded online magazine that explores games as works of art and pop culture. Our voice is thoughtful, witty, and curious—informed by a passion for play and grounded in a broad cultural awareness."

Killscreen
"Founded by a former Wall Street Journal culture reporter, Kill Screen is a videogame arts and culture company.  At its heart, we're interested in the intersection between games, play, and other seats of culture from art to music to design.

To that end, we publish a website and a magazine as well as organize events such as our groundbreaking Arcade at the Museum of Modern Art, film festival with Rooftop Films, and programming for the New York Film Festival.  We've teamed up with writers from GQ, Esquire, the New Yorker, Colbert Report and others and the press has been great so far -- Wired, Ars Technica, and NPR have praised us and the New Yorker called us "the McSweeney's of interactive media."  TIME said our writing was so "polished that they might help convince doubters that games are worth taking seriously."- Killscreen

Kotaku
A news and opinion site about games and things serious gamers care about.

Rock Paper Shotgun
"RPS is about PC gaming – all of PC gaming, rather than just one of the weird and wonderful niches most other PC-centric sites confine themselves to. It’s written by four of Britain’s top games journalists, and one of America’s, and it aims to cover everything from the latest breaking stories about the biggest releases to esoterica from the format’s obscurest peninsulas."- Rock Paper Shotgun

The game of Scattergories Call number: GM 038
For 2-6 players
Try to match categories using words that start with the same letter. Score points if no other player matches your answers. To win the game, score the most points.

Are we missing something?

If there is a game you would like to play but we don't have it please let us know! Contact tammy.ravas@umontana.edu with game suggestions.