Gaming in the Library: PS3/ Electronic 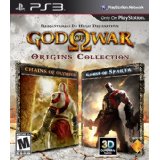 GM 056
God of war. Origins collection / Sony Computer Entertainment America.
God of War: Origins Collection is a bundling of two previously released PlayStation Portable (PSP) games in the God of War single player, third-person action series that make their first appearance on PlayStation 3. Games included are God of War: Chains of Olympus and God of War: Ghost of Sparta which respectively are a prequel to the original PlayStation 2 God of War release, and an interquel between the events of God of War and God of War II. Downloadable content is included and both games feature HD resolution and stereoscopic 3D game support.
GM 057
NBA 2K11 [electronic resource].
NBA 2K11 is the latest installment in the best selling, and highest rated NBA videogame series. NBA 2K11 is the best way to plug into NBA culture. It's the most fun, authentic NBA videogame experience and is for any sports fan with that competitive fire who wants to play the best NBA simulation on the market. It's the NBA series that everyone is playing - from the most elite NBA athletes and superstars to the local court gym rats. 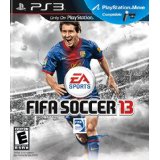 GM 058
FIFA soccer 13 [electronic resource].
FIFA 13 is the 2012 release in Electronic Arts' long-running professional soccer game franchise. Based on the current real-life players, teams and leagues associated with the FIFA organization (Federation International de Football), the game aims to present the most realistic international soccer experience available in a video game to-date. Features include, gameplay mechanics improvements on both offense and defense, an extensive roster of players, teams and leagues, multiplayer play options both locally and online, and social network functionality through the EA Sports Football Club. 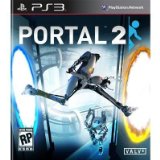 GM 059
Portal 2 / Valve.
Portal 2 draws from the award-winning formula of innovative gameplay, story, and music that earned the original Portal over 70 industry accolades and created a cult following. The single-player portion of Portal 2 introduces a cast of dynamic new characters, a host of fresh puzzle elements, and a much larger set of devious test chambers. Players will explore never-before-seen areas of the Aperture Science Labs and be reunited with GLaDOS, the occasionally murderous computer companion who guided them through the original game. The game's two-player cooperative mode features its own entirely separate campaign with a unique story, test chambers, and two new player characters. This new mode forces players to reconsider everything they thought they knew about portals. Success will require them to not just act cooperatively, but to think cooperatively.
GM 060
Super street fighter IV [electronic resource] : arcade edition.
Follow up to Street Fighter IV, one of Metacritic.com’s highest-rated games of 2009, Super Street Fighter IV hits Next Generation gaming consoles in 2010 with a wide range of improvements, including 10 new characters, new fighting possibilities for everyone, new stages, the return of classic bonus rounds and beefed-up online modes (including the free Tournament Mode downloadable content (DLC) after launch) all for an affordable price on any gaming budget. 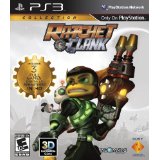 GM 061
Ratchet & Clank collection
Experience the classic adventures of the universe's favorite Lombax, Ratchet and his robotic sidekick Clank in this classic PlayStation 2 Action-Adventure trilogy now fully remastered in high definition. Wield the original tools of destruction as you travel from planet to planet unraveling their original story and explosive adventures in this PlayStation 3 exclusive.
GM 062
Need for speed. Most wanted, a Criterion game.
Need for Speed: Most Wanted is an open world Racing game. The game is the 19th release in the long-running Need for Speed franchise, but hearkens back to the earliest games in the series as players compete in races with police unified against them. Races have a set beginning and end point, with the open world game design allowing players to complete each using whatever path they can find. Additional features of performance include a unique blend of Simulation and Arcade gameplay, social play options through the Autolog 2 feature, exciting multiplayer support, and a large selection of vehicles.
GM 063
Orange box [electronic resource] / Valve.
The Orange Box delivers five innovative games from Valve, creators of the Half-Life franchise, in one box. The Orange Box includes Half-Life 2: Episode Two, PortalTM, and Team Fortress 2 in addition to full versions of the award-winning Half-Life 2 and Half-Life 2: Episode One for an engrossing first-person action experience. 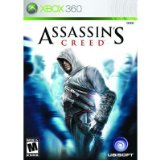 GM 064
Assassin's creed / Ubisoft.
The setting is 1191 AD. The Third Crusade is tearing the Holy Land apart. You, Altair, intend to stop the hostilities by suppressing both sides of the conflict.
You are an Assassin, a warrior shrouded in secrecy and feared for your ruthlessness. Your actions can throw your immediate environment into chaos, and your existence will shape events during this pivotal moment in history.