Cosplay resources at the Mansfield Library: What is cosplay and where did it originate?

Locate resources on cosplay at the Mansfield Library 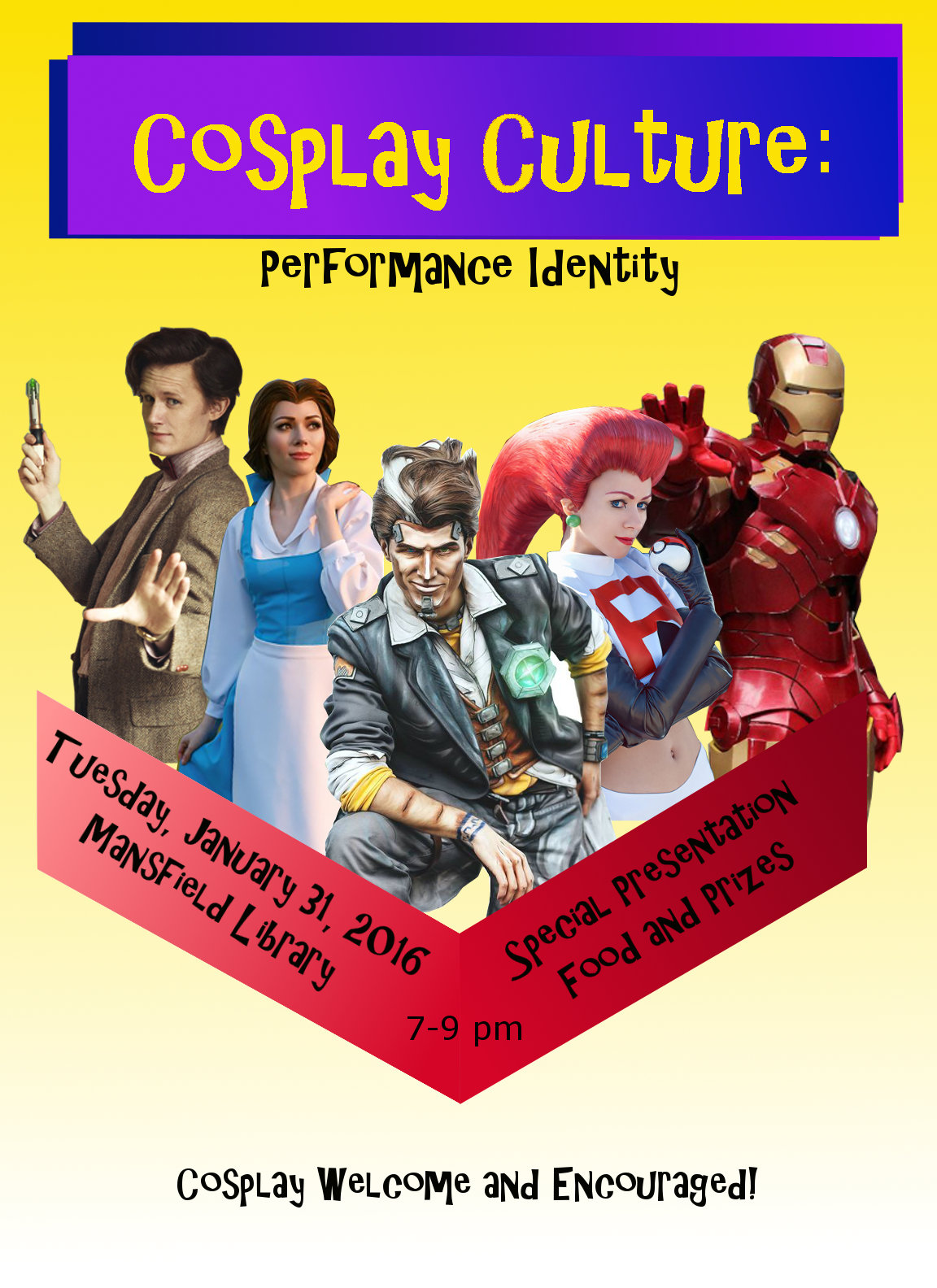 This library guide on cosplay was created by two School of Theatre graduate students--Linda Gullis and Jennifer Jones--as part of course work for the Fall 2016 semester.  This guide accompanies the upcoming library exhibit, Cosplay Culture: Performance Identity that will be opening at the end of January and last through the end of February.  An opening event for the exhibit will be taking place on January 31st from 7pm to 9 pm.

This work-in-progress guide is designed to provide a research resource to both new and experienced practitioners of Cosplay.  It provides a jumping off point for readers interested in getting started.  Included in the guide are subjects related to the creation of costumes and make-up.  These topics include pattern design, clothing construction, theatre make-up, theatre props and costume embellishment techniques.

The Japanese term, Kosupure, anglicized as Cosplay, is a portmanteau of the English words costume play.  The creation of the term is often attributed to Nobuyuki Takahashi of Studio Hard, who may have coined the word after attending the 1984 World Science Fiction Convention (Worldcon) in Los Angeles, California.  Cosplay is a performance art in which the participants dress in costumes and make-up, representing characters from anime, video games, television and film.  In addition to creating authentic costumes, the cosplayers also act in character and are usually subject matter experts on the characters they are replicating.

The texts and sites listed on this home page are selected to give the reader/viewer a taste of the history of cosplay, its basis in Japanese anime and a visual example of some popular cosplayer costumes.  Some of the books listed here are on order for the Mansfield Library and are not yet in our collections.

A Brief History of Cosplay