Resources for students and faculty in the Geography Department

"Historic maps are snapshots of the nation's physical and cultural features at a particular time. Maps of the same area can show how an area looked before development and provide a detailed view of changes over time. Historical maps are often useful to scientists, historians, environmentalists, genealogists and others researching a particular geographic location or area."- USGS, Historical Topographic Maps - Preserving the Past

Include MapRank Search which searches for historic maps based on the user’s location. 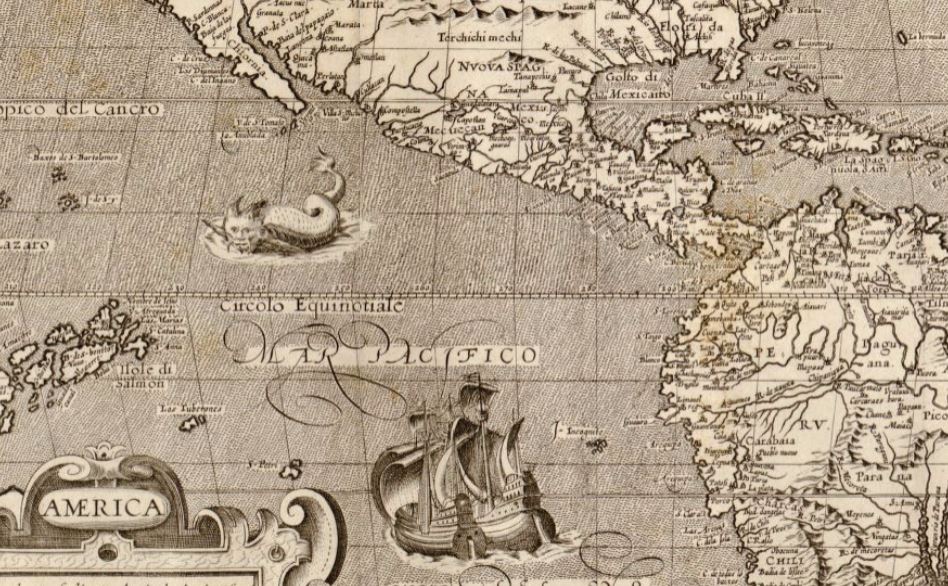 The Geography and Map Division of the Library of Congress holds more than 4.5 million items, of which Map Collections represents only a small fraction, those that have been converted to digital form.

The focus of Map Collections is Americana and Cartographic Treasures of the Library of Congress. These images were created from maps and atlases and, in general, are restricted to items that are not covered by copyright protection.

American Revolution and Its Era Maps and Charts
The maps and charts in this online collection number well over two thousand different items, with easily as many or more unnumbered duplicates, many with distinct colorations and annotations. Almost six hundred maps are original manuscript drawings, a large number of which are the work of such famous mapmakers as John Montrésor, Samuel Holland, Claude Joseph Sauthier, John Hills, and William Gerard De Brahm.

Cities and Towns
This category includes maps that depict individual buildings to panoramic views of large urban areas. These maps record the evolution of cities illustrating the development and nature of economic activities, educational and religious facilities, parks, street patterns and widths, and transportation systems.

Discovery and Exploration
This category documents the discovery and exploration with both manuscripts and published maps. Many of these maps reflect the European Age of Discoveries, dating from the late 15th century to the 17th century when Europeans were concerned primarily with determining the outline of the continents as they explored and mapped the coastal areas and the major waterways. Also included are 18th and 19th century maps documenting the exploration and mapping of the interior parts of the continents, reflecting the work of Lewis and Clark and subsequent government explorers and surveyors.

Panoramic Maps
The panoramic map was a popular cartographic form used to depict U.S. and Canadian cities and towns during the late nineteenth and early twentieth centuries. Known also as bird's-eye views, perspective maps, and aero views, panoramic maps are nonphotographic representations of cities portrayed as if viewed from above at an oblique angle. Although not generally drawn to scale, they show street patterns, individual buildings, and major landscape features in perspective.

The Rochambeau Map Collection contains cartographic items used by Jean Baptiste Donatien de Vimeur, comte de Rochambeau (1725-1807), when he was commander in chief of the French expeditionary army (1780-82) during the American Revolution. The maps were from Rochambeau's personal collection, cover much of eastern North America, and date from 1717 to 1795.

Railroad Maps, 1828 to 1900
Contains 623 maps chosen from more than 3,000 railroad maps and about 2,000 regional, state, and county maps, and other maps which show "internal improvements" of the past century.

The historical map collection of the University of Texas at Austin. Includes links to other collections.

The goal of The National Map’s Historical Topographic Map Collection (HTMC), which started in 2011, is to provide a digital repository of USGS 1:250,000 scale and larger maps printed between 1884, the inception of the topographic mapping program, and 2006. The National Geospatial Program (NGP) is accurately cataloging and creating metadata to accompany high-resolution, geo-referenced digital files representing the legacy lithographic maps. These maps are either no longer available for distribution in print or are being replaced by the new generation of US Topo maps.