Duck and Cover; Fact and Fiction of the Nuclear Age: Home

On August 6th, 1945 the United States dropped an atomic bomb on Hiroshima, Japan. Three days later a plutonium implosion-type bomb was dropped on Nagasaki. The number of people killed by the blasts was estimated to be around 100,000 with many others succumbing later to radiation poisoning and cancer. The first weapons of mass destruction had been unleashed and with them came the fear of a new form of apocalyptic war. A mixture of hope in the harnessing of atomic power was mixed with horror of the effects of radiation.  Fear of communist spies, attacks, and fallout permeated the movies, literature and music of the Cold War era. These works were partly informed by public awareness campaigns from the Federal Civil Defense Administration. The line between the facts and fiction of this time is often blurred by misinformation intended to prevent panic and save lives; the best known of these PSAs is Duck and Cover.

Duck and Cover: Fact and Fiction of the Nuclear Age presents materials available from federal agencies and public media showing the influence of the bomb. Media expressing the concerns through realistic depictions of human reactions to impending doom and giant monsters is paired with documents from the Federal Civil Defense Administration, scientific reports and current knowledge. 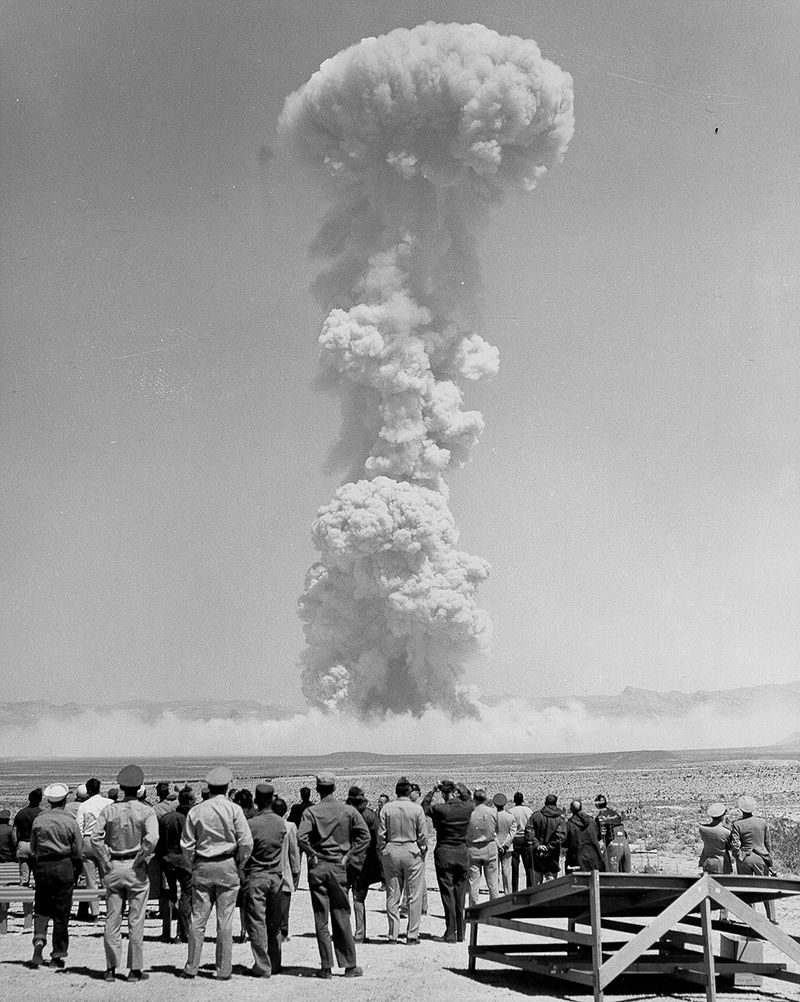