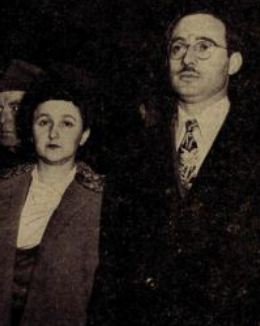 “A very large number of “Rosenburg persons” were housewives and working women to whom the Case became a  part of their everyday lives. They would no more omit a daily visit to a clergyman or some other work on the Case than they would omit feeding their children or punching a time clock.” From Trial by treason, Serial Set Vol. No. 12016, 1956

What Was going on?
WWII
The Korean War
Civil rights demonstrations
Rosenburg Trial
1942 Women's Auxiliary Flying Squadron (WAFS) is formed.
1945 Eleanor Roosevelt is appointed by President Truman to serve on the United States delegation to the United Nations.
1948 Eleanor Roosevelt presents the Universal Declaration of Human Rights to the UN General Assembly for adoption.

1951 Barbara Johns and other high school students organize a strike in Prince Edward County, Virginia. This strike will lead to Dorothy Davis v. Prince Edward County School Board, one of the cases decided in the Brown v. Board of Education decision in 1954.

1953 Ethel and Julius Rosenberg are executed for treason.
Trial by treason. The National Committee to Secure Justice for the Rosenbergs and Morton Sobell. August 25, 1956.
See Serial Set Vol. No. 12016.

1955 Rosa Parks refuses to give up her seat to a white man on a bus in Montgomery, Alabama. Her arrest sparks a 381-day boycott of the city's bus system.
See Teaching With Documents: The Arrest Records of Rosa Parks [National Archives]. 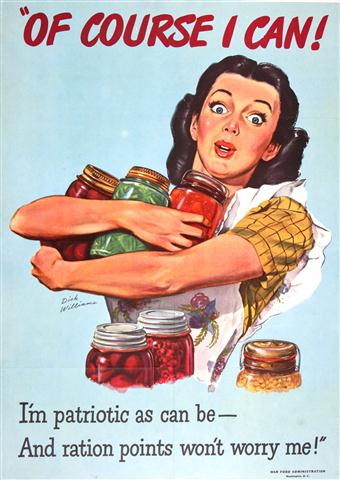 You're Going to Employ Women

From 1943 this booklet was intended to help employers who would be hiring women for the first time.